During a home inspection, we check structural elements and consider basic standards. We look for movement, cracks, displacement, sags, pinched doors and windows, and sloped floors. While some roof sag

For most ranch-style homes, it is pretty easy to walk the lower slope roof or to look at the roof from the edge with a ladder. I prefer to walk it. While standing on the roof of this ranch home, I saw a potential sag (Photo 1). You can get a similar view from the ground, looking along the plane of the roof to the ridge. You will see a roof sag in the ridge, but you might not see the sag in the valley. 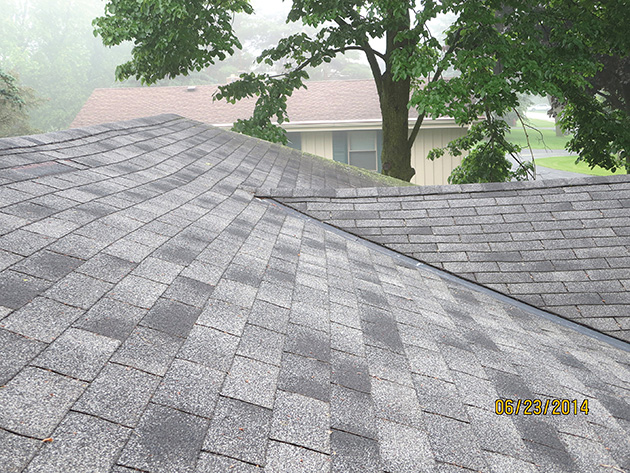 A closer view from the roof confirms the sag (Photo 2). You can see the dip at the top of the metal valley. The shingles look displaced and don’t align horizontally. There is also a visible dip in the roof adjacent to the valley. 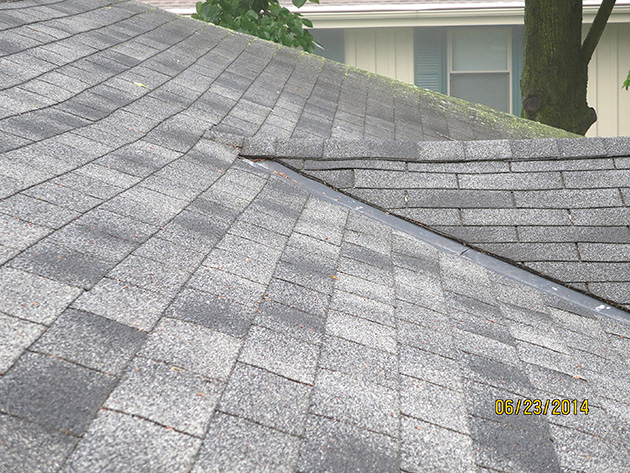 Checking the Attic Below the Sag

Remembering where the sag is located, let’s look in the attic. Wow! Some homeowner made a creative attempt at structural repair (Photo 3). The jack, supported by a plank on the ceiling joists, lifts the framing along the valley. Someone sistered a 2×4 to the framing, but it provides very little structural support for the large, visible crack in the framing. 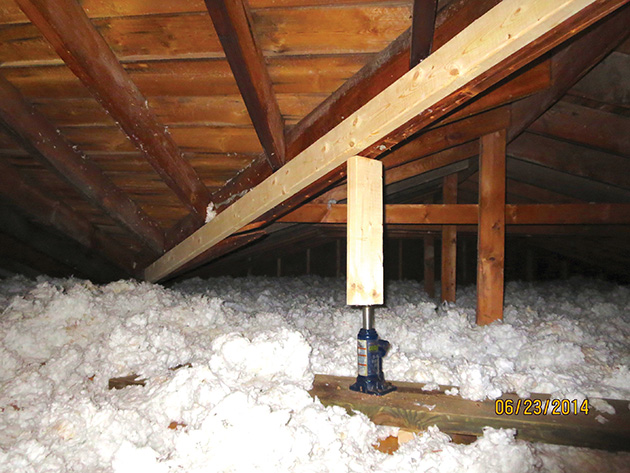 Maybe the hydraulic jack was forgotten in the attic or maybe the jack was “designed” as part of the structural repair?

Look Below the Jack and fFaming

The garage below the jack has a drywall-finished ceiling (Photo 4). Joints in the ceiling are opening up. In fact, it looks like the drywall joints were patched and painted, and then they cracked again. 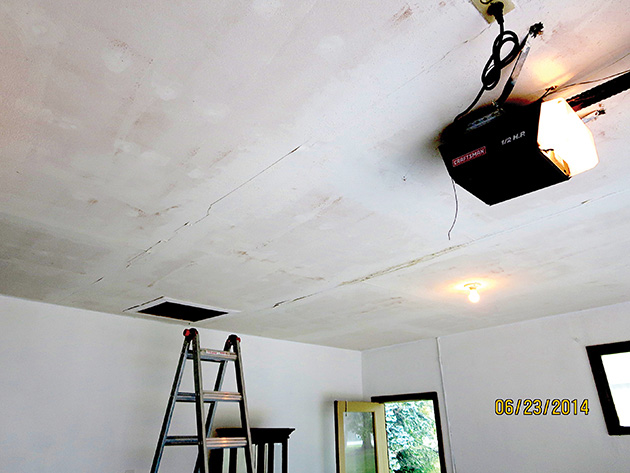 How did the original inspector miss this visual defect? I assume it’s due to completely ignoring the attic. The cracks in the garage ceiling drywall might be typical for a ranch built in the 1970s. The sag in the roof is a little hard to see. But the hydraulic jack in the attic and the amateur repairs? These are easy to see and definitely a defect to be reported.

Always look for roof sags. Follow any significant sags to the framing and the attic below. If the sag is minor, it just might be typical for the age of construction.