Bath drains and stoppers are often broken, missing or corroded. Is this a serious issue for your inspection?

Home inspectors check the plumbing drain, waste and vent systems, including fixtures. A tub drain stopper is part of a plumbing fixture—so, yes, we do inspect tub drains and stoppers.

Although missing stoppers are merely an inconvenience that might annoy would-be buyers, serious corrosion of tub drains can be a significant issue, creating leaks in the home’s structure. 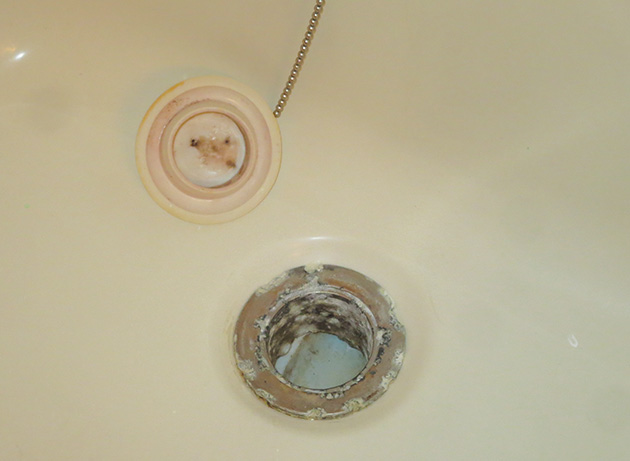 Look at this rubber stopper and tub drain (Photo 1). The rubber stopper tells us that the pop-up stopper is missing and someone is still taking baths. The tub drain is excessively corroded and the cross-brace that held the original metal stopper may be missing.

Do We Worry About A Missing Stopper?

A missing stopper is only an inconvenience to be mentioned in a report. In older homes, the original stopper may have been a rubber plug or a valve control on the side of the tub. In this case, excessive corrosion is the issue. A corroded tub drain assembly is prone to leaks, and leaks cause damage and mold—often in a first-floor ceiling beneath the tub.

I would report excessive corrosion and the need for professional repair. Replacing the metal drain can be expensive. I would also note the potential for leaks.

Inexpensive drain fittings are or will be corroded. Higher quality tub drains are made of brass or stainless steel, coated for corrosion resistance. Even if the coating fails, the base metal will not fail.

Cheap or common tub drains are made from pot metal (also called white metal)—an alloy of inexpensive materials that are easy to cast. The pot metal is coated for corrosion resistance, but once the surface is damaged, the fixture corrodes and fails. Surface corrosion around a tub drain 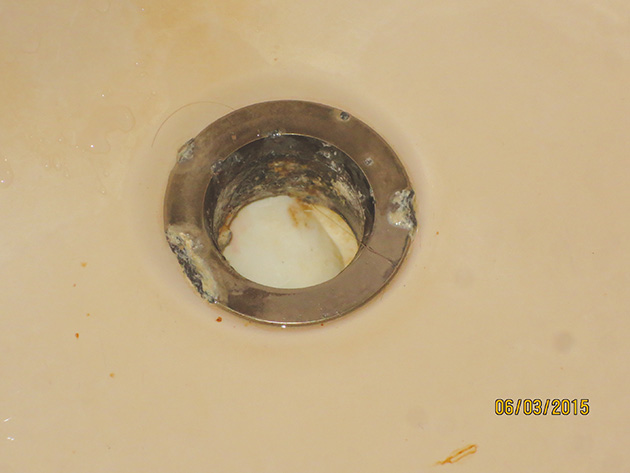 Photo 2 shows corrosion at the edges and interior of a tub drain. I would describe this as excessive corrosion, with the potential for failure and leaks. 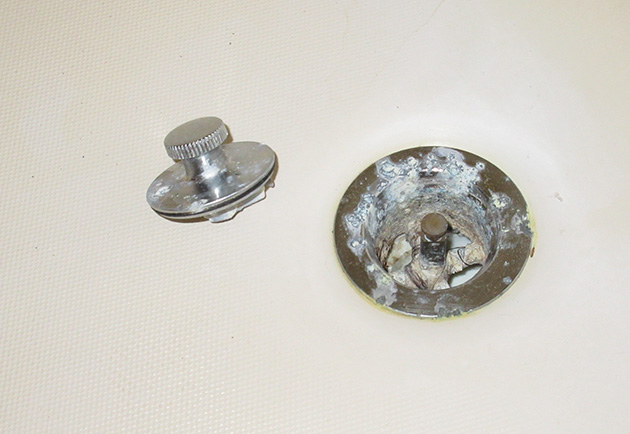 For the drain in Photo 3, I would describe the corrosion as excessive, and say the drain needs professional repair and is prone to leaks. 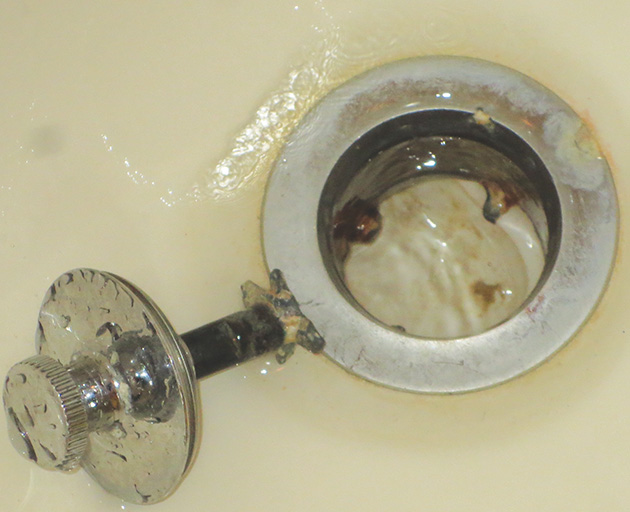 Photo 4 shows the stem of the stopper, still attached to the cast bracket that was part of the drain casting. Although corrosion around the drain is not excessive, corrosion inside the fixture has caused it to fail. This is a defect: The stopper is no longer held properly to allow draining of the tub.

Cheap pot-metal tub drains are often in some stage of corrosion failure. You should describe them in your report if they’re corroded, failing, prone to leaks or in need of repair. Or you could wait for that customer call: “Hey, inspector—you missed the leak in the kitchen ceiling below the tub.”